(a story by Alessandro Abrusci  and Jenni Crowther/ S4C Bari)

This is H. He is 12 years old and tells us he is working on the formula for quantum tunnelling (one of the most complex and mysterious concepts in quantum mechanics).

We met H. at a MAP (Methodist Asylum Project) drop-in centre for refugees and asylum seekers in Middlesbrough, a large town in the north-east of England. It's the school holidays and H. is at the centre because his parents are helping at the project and he's too young to stay at home. The family is from Iran and came to the UK two years ago, forced to leave their home country for sensitive reasons which, even though the family have permanent UK residency status, they did not feel comfortable to discuss with us. 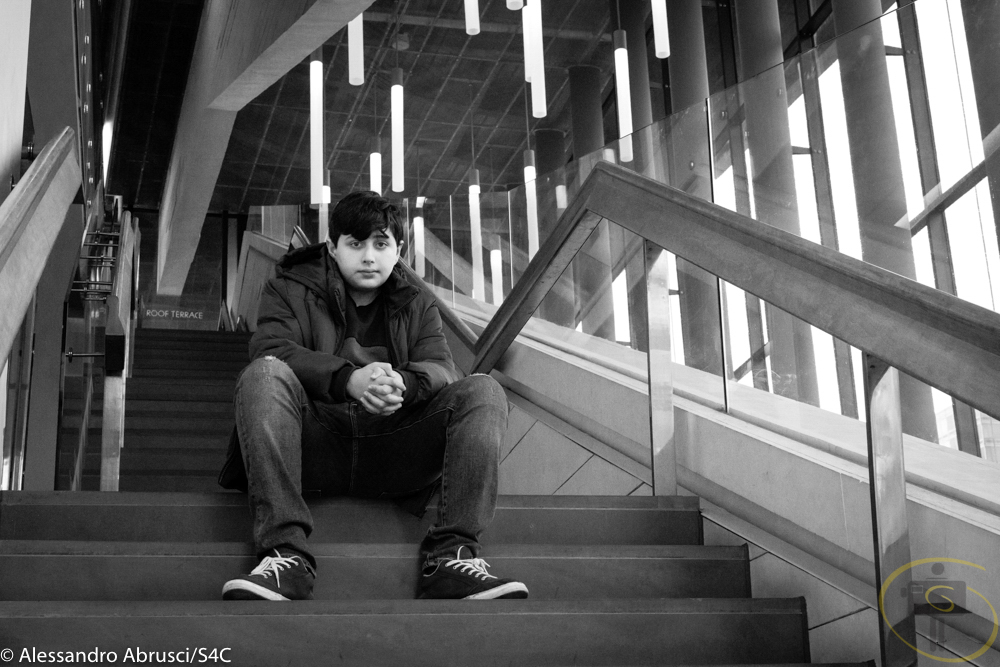 H. at MIMA (Middlesbrough institute of modern art) who are proud supporters of MAP

Our attention was first dawn to H. as he was attempting to play pool with some of the older men who had come to the Wednesday morning drop-in event run by the local charity MAP (Methodist Asylum Project). A group of men and older boys from Somalia, DRC and Eritrea have spent the morning bonding with cues in hand, when one of the oldest, a man from Somalia who is awaiting the processing of his second or third asylum appeal, encourages H. to come and have a go. H. is unfamiliar with how to hold the cue, and the man patiently demonstrates the bent-knuckled hand position, to enable him to try to hit the ball.

Curious, we ask one of MAP‘s trustees for information about H. and are told that he‘s a bit of a Math genius and last year he won a prize in the UK Mathematics challenges. Interest piqued, we asked permission from H.’s father and mother to speak with him. They agree after consulting each other and H. to see if he would be willing to talk with us and possibly have his picture taken. 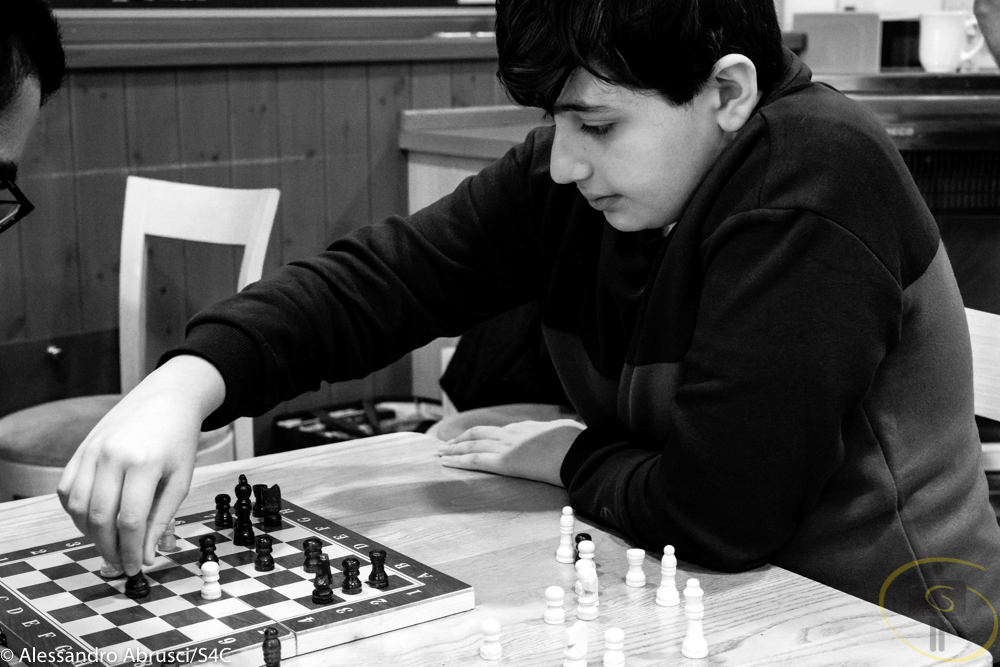 Speaking with H. is a wild ride. His passion and enthusiasm for his favourite subject is at once bafﬂing and infectious. For a non-quantum buff, which is most of us, the conversation is an exercise in concentration and amazement. His speech is littered with rapid-fire theorem, as if his mind works at ten-times the speed of his tongue and it is a struggle for his linguistic expression to keep up. He tells us about his current work on the formula to try "to find a way to increase the wavelength of particles, or just create a particle that could change its wavelength”- (a key component of quantum tunnelling it seems). It's hard to know how to respond in more sophisticated ways than wide-eyed amazement, we start wishing we were more worthy conversationalists for him. We ask if H. could potentially invent time-travel, he says he hopes so, as it is theoretically possible using a wormhole. 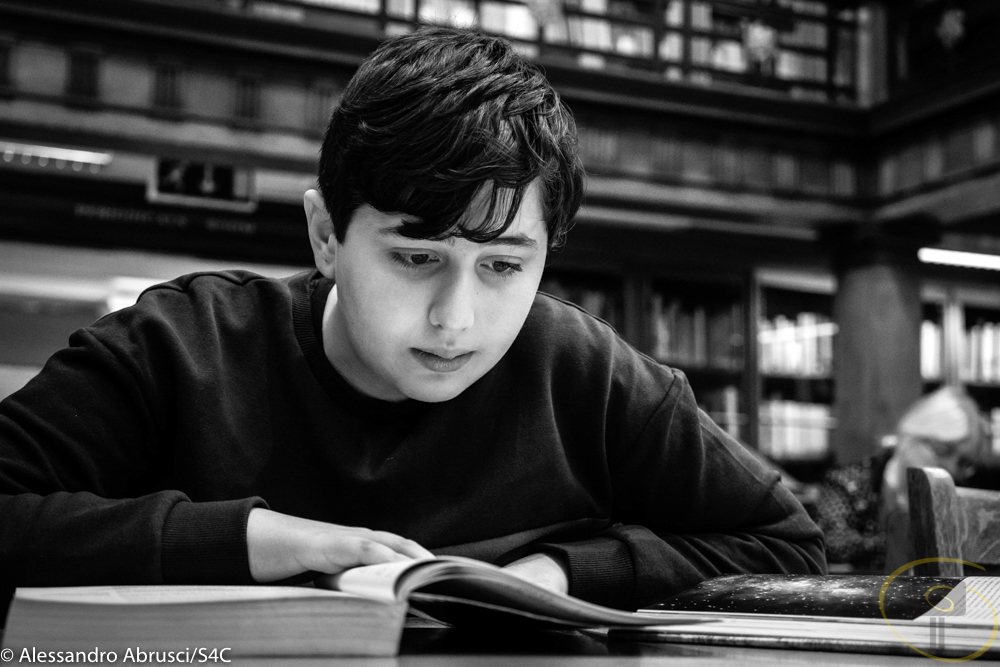 On his first ever trip to Middlesbrough Library reading room, H. discovers the Astronomy section

Asked how long he has been interested in maths, H. says enthusiastically "Since I was born!" He started really studying at ﬁve years old, encouraged by his Mum, a maths teacher with a Physics degree, his Uncle who had a profound impact on him as an engineer, and his Dad, a financial manager, who suggests ”it's in his genes.”

He tells us that his favourite difference between school in the UK and in Iran is that, there, they only did maths a couple of times a week, but now it's maths every day. In Tehran he read books for research but now in Middlesbrough he mostly uses the internet.

His father tells us that mathematics education is strong in Iran and competition is fierce, but still H. reminisces that there was once a national competition when he was around eight-years old that was held five times per year and he won all five and set a new record. He says this made him very happy, as it was hard at the time, but looking back now the maths seems easy. Explaining why he loves maths competition he says "it makes you challenge your way of thinking and that's really interesting... helps you think outside the box... and this is the way to go to create new things". 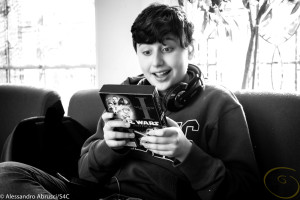 His mathematical heroes (aside from his father) are Nikola Tesla and Albert Einstein. After briefly explaining to us the finer points of E-MC2, he says the best thing Tesla did was the invention of free electricity, “which sadly never made it to market” H. muses, his enthusiasm for how this development could benefit mankind, evident.

As H. explains how he uses Google to travel to other planets and galaxies, and how he is keen to do this for real, we ask if he's seen Star Wars. He hasn’t, and adds that his interest in possibly watching the films would be to analyse the science behind it. He asks us if Star Wars is set in a 3.0 or 4.0 society, adding that our current society is probably about 0.7 as "... we can't use all our [single planetary] resources usefully."

We ask him if he is happy here (in Middlesbrough). "Yeah" he replies, elaborating on the differences between the two countries; ”Here’s a lot more advanced, a lot more forward technology, there's better-shaped homes, more football and more maths."

As for the future, he would like to continue to compete in the mathematics prizes, with an eye on studying Physics and Quantum mechanics at Oxford or Harvard. Perhaps this incredible youngster, could end up following in the footsteps of Caucher Birkar, another Iranian refugee, now a professor of mathematics at Cambridge who was awarded a Gold medal in the 2018 Fields Prize, the discipline‘s highest honour. 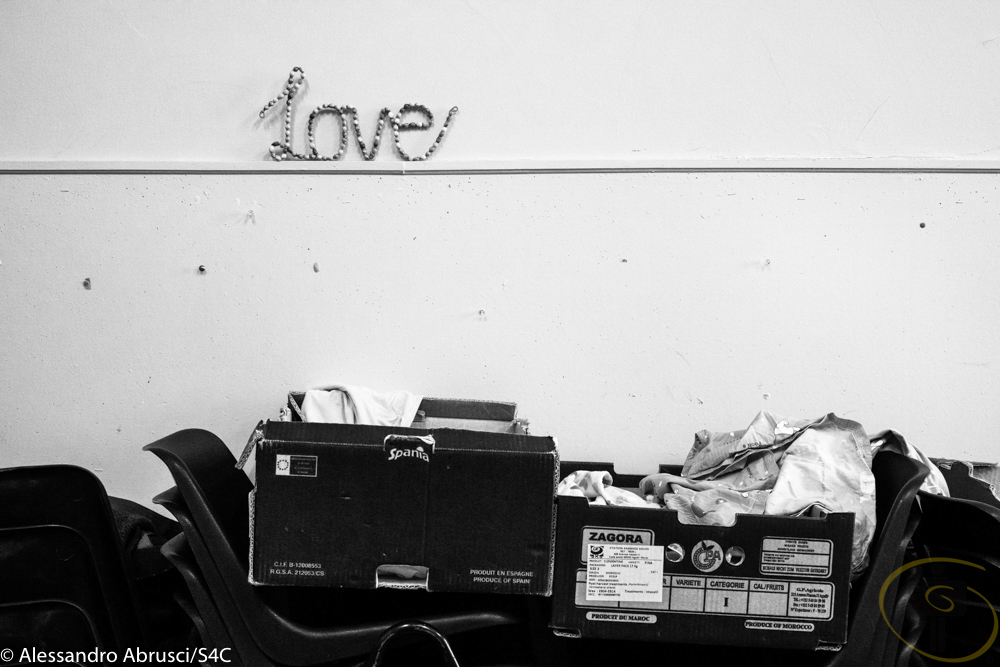 Deliberate or not, a reminder of the universal currency that pays for the MAP project

Whatever his future, there is no doubt that H. has the kind of mind and attitude that this planet needs more of in this time of environmental turbulence. He is phenomenally bright and deeply passionate about the potential of scientific and mathematic advances to help humanity solve our mounting problems.

This is a story of one young man with extraordinary potential, but without doubt, there are countless other stories like this, if one had the resources and interest to delve into the personal lives of the people who come to Europe seeking shelter and a chance for their children to grow up with access to education.

Without wanting to over-state the potential of young H. it is important to recognise that we can't predict which brilliant key individuals will be instrumental in ensuring the survival of our species and revolutionising our lifestyles. We can't know their nationality of origin or personal history. But what is almost certain is that they will come from H.'s generation and they will need all the support we can give them, whichever country they come from.

How fortunate we are in politically-stable countries to be able to offer access to our educational facilities to families from all over the world; and how fortunate our children are to be able to learn alongside children from other cultures. 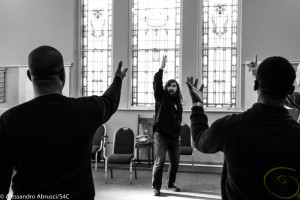 The warm-welcome, resources, support and sense of belonging that the MAP project provides to H.’s family and wider refugee community in Middlesbrough offers a golden opportunity. MAP is demonstrating through action all of the noble qualities necessary to thrive in a vastly diverse community of global individuals.

As war, famine and political-oppression force people to seek safe, stable places to live. Perhaps we who receive them, are being presented with a gift not a headache. Perhaps by opening our minds and hearts, we are being given the opportunity to develop understanding and empathy for those whose suffering is far greater than our own.

We can choose to react with anger, born of fear and mistrust, or we can develop humility, gratitude and generosity; like the volunteers involved in MAP are so gracefully demonstrating, day-in and day-out, in this little-visited, seldom thought-of, friendly town in the North East of England.