August 15th was a day no Afghan can forget

(a story of Morteza Khaleghi/S4C)

Note of the Editor:

I have discussed at length with Morteza, the author of this article, and we decided not to publish the images of the persons mentioned here in order not to expose their (and their families) safety in these dangerous times in Afghanistan. Morteza showed me a large amount of beautiful photos but publishing them would make the authors known and, hence, target of the taliban fanatism against creative visual communication and expression.

Unfortunately, in Afghanistan all forms of art are currently prohibited. Musicians, artists and photographers have destroyed everything they owned and live in hiding or have already left the country and live in an unstable condition in neighbouring countries.

For example, of those mentioned in this article, Reza is in Iran and Morteza tries to help him organise an exhibition in Tehran and at the same time teaches photography to young talents in different cities of the country.

Feel free to reach out to me or Morteza if you want to learn more about these incredibly courageous photographers in Afghanistan.

Let us know how we can help. We’ll do our part.

A story by Morteza Khaleghi

August 15th was a day no Afghan can forget. We had known for days that something big and bad was happening in the country, a change that was frightening us, the return to power of the Taliban seemed imminent. That day what felt like a distant memory became reality again. The regime returned to Kabul. 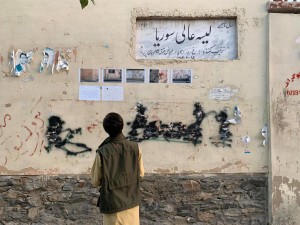 I have been feeling very nervous and restless for the past months. When the city fell, I tried to call my relatives and friends in Kabul, no one could believe it! Everyone was speechless. The terrorists conquered the city and were driving through the streets of the capital with their pickups.

I experienced a feeling of existential helplessness and uselessness. I kept thinking about all the people that had their life in danger and that were looking for help. I was trying to find a way to support people I knew who were risking their lives. My artist friend Nazir, who had called me from Herat a few days before the city fell into the hands of the Taliban, had told me that his city was going to fall, artists like him, who are committed to educating young artists, particularly women, would be persecuted. He asked me for help and moved to Kabul with a group of his students to look for a solution to get out of the country: that same day a bomb exploded in the airport of the capital, killing more than 100 people. 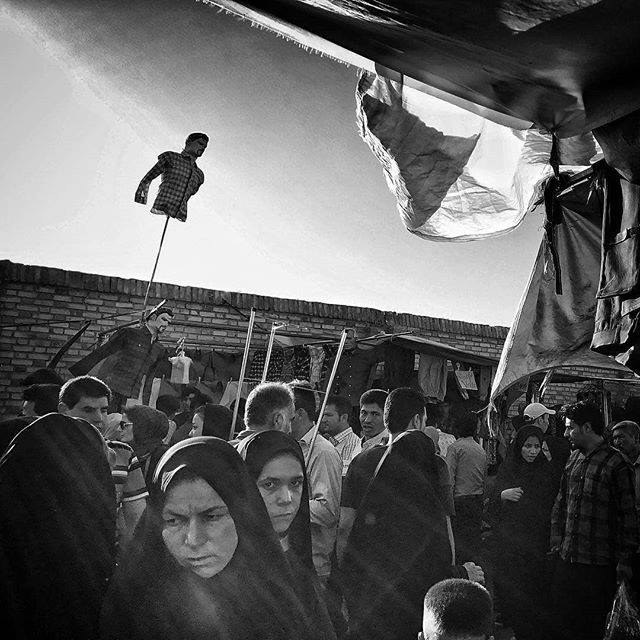 He had to close his art gallery and hid all the works because the Taliban destroy any form of art, from paintings and miniatures to musical instruments. They are the greatest enemies of art and culture because they know the role they play in people's education.

I felt responsible to my artist friends who have been on the front of the war against ignorance for years, so with the collaboration of the Afghan community in Rome we organized an artistic event. We decided to organize “Afghan Rewind” to create a sense of community for the diaspora in Rome and, at the same time, raise awareness of the Italian public opinion. I invited Shahab Eslami, a kabul-based artist, and founder of an art collective “Induction”. 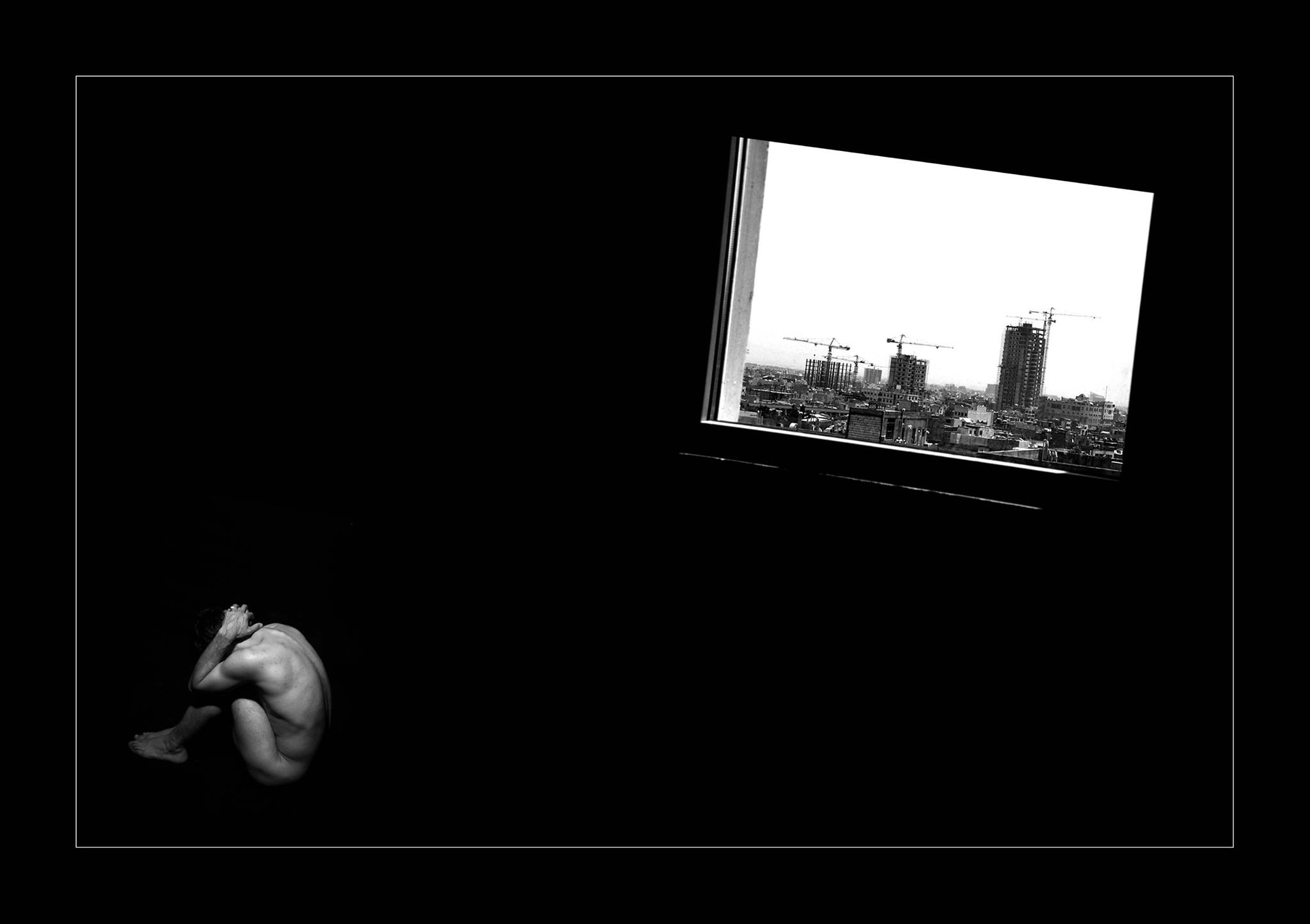 I’ve been keeping up with their work for a few years,because the way they live the reality of Afghanistan was a source of inspiration for me, and I found very unique the way they express and present themselves in the artistic sphere of the country.

They use photography as a way to express their inner self and to explore the context in which they exist, on the other hand most of Afghanistan's artistic community describe the afghan society in the way the external world wants them to. 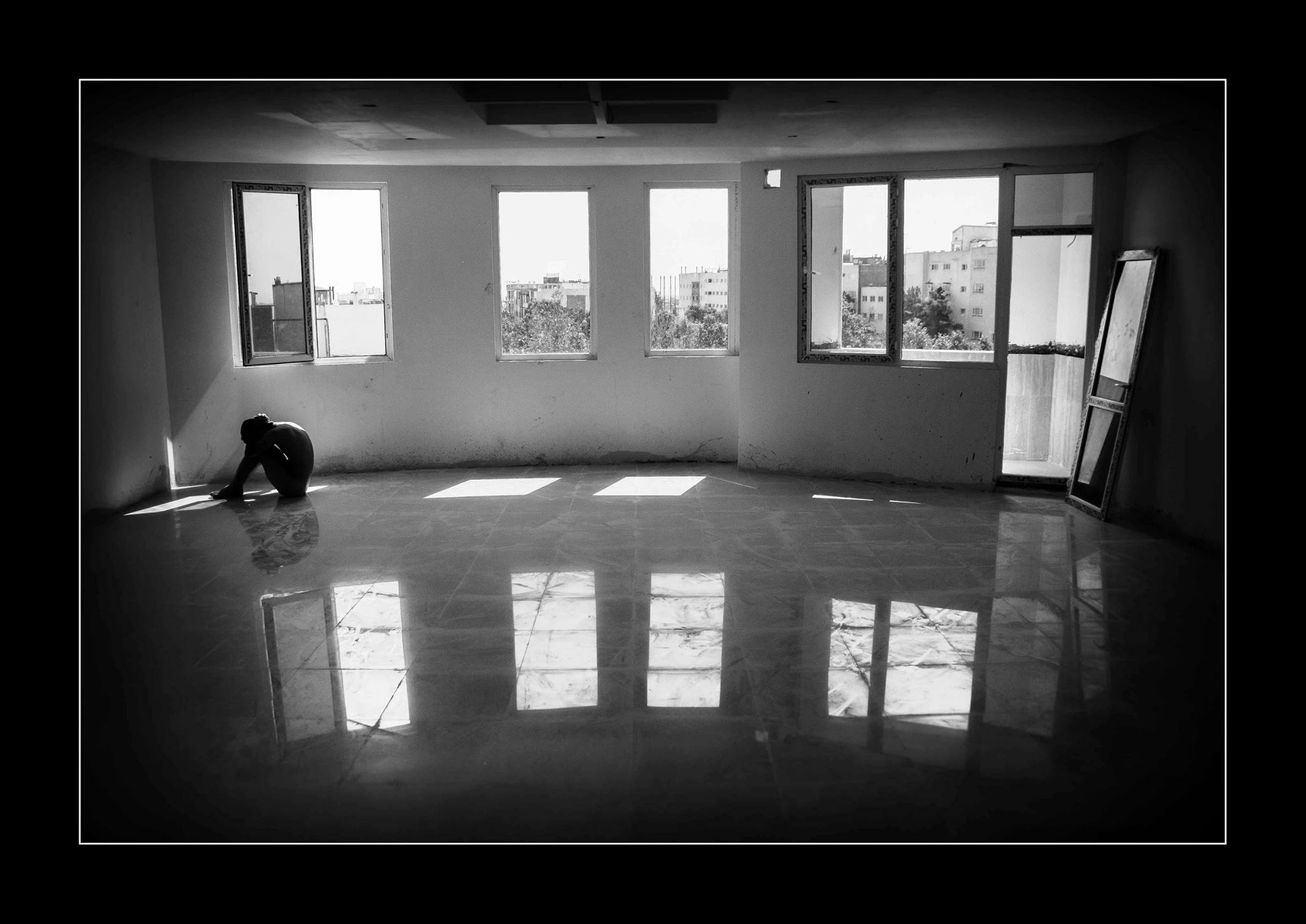 For “Induction”, cameras are not only an instrument to describe the tragic reality, but a device that gives them the possibility to be free to imagine, experiment, play around, explore their environment.

The group is composed of young members that had put a lot of fate in the future of the artistic scene of Afghanistan. They dreamt of a richer and more dynamic cultural life in their country and worked restlessly toward this goal. somehow they revolutionised afghan photography, by taking some distance by big NGOs and international institutions that lure them into producing a kind of work that was useful for their philanthropic and political agenda: they had enough of the same old monothematic narrative of poor and a war devastated country and they wanted to talk about themselves and more personal thematics like philosophy and psychology through e new representation of Kabul. 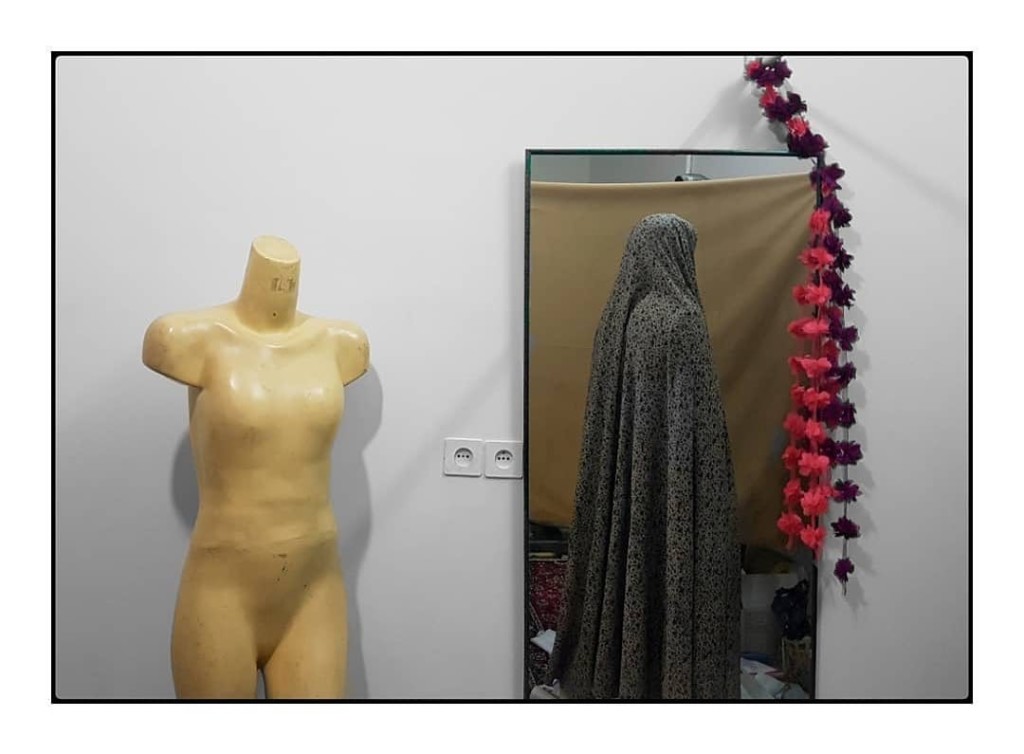 They soon realized that the society was not ready to recognise their talent and at the same time the Taliban took power. The collective fell apart, some members managed to save their lives and fled the country only to find themselves surviving in difficulty in the neighboring countries, while others are still stuck there. 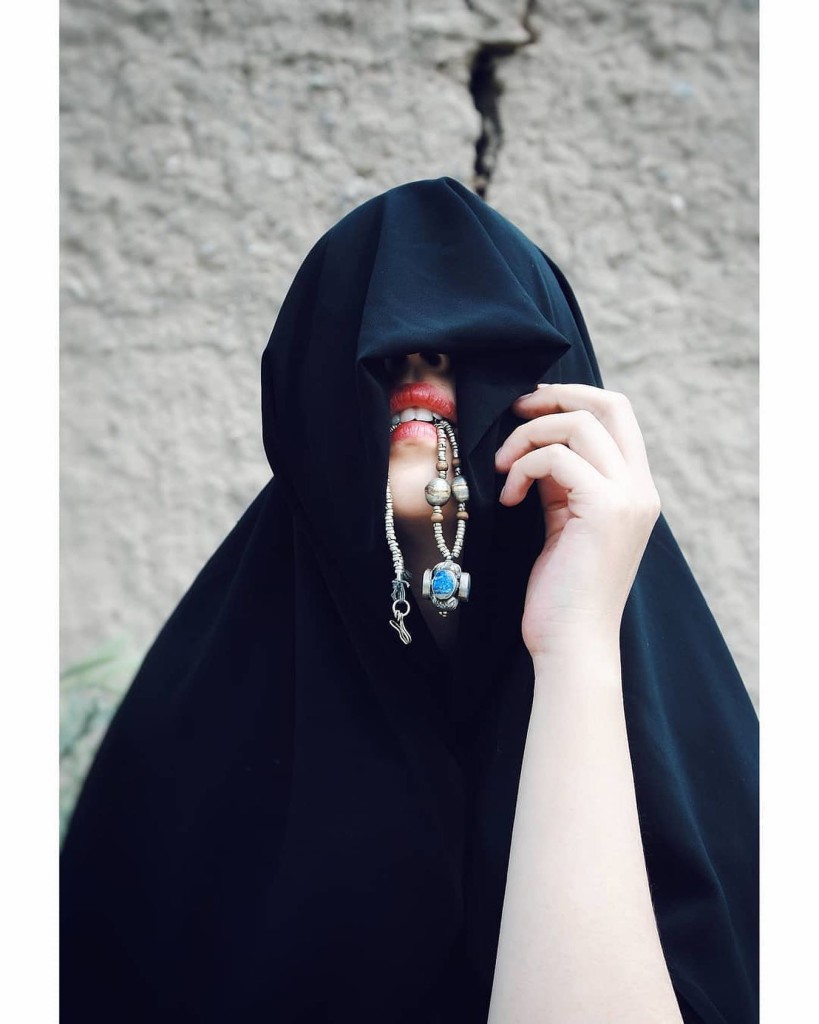 The other photography group I contacted was “Everyday Golshahr”. The collective was born in Golshahr, a marginalised neighborhood in the periphery of Mashhad, the second biggest city in Iran, very close to the Afghan borders. 40 years ago this neighborhood was repopulated by the afghan refugees that escaped the soviet invasion of Afghanistan, and nowadays 80% of the area population is of Afghan descent. The girls and boys who funded the collective are second generation afghans. They found in Photography a medium they can use to narrate their daily life. the majority of their work is captured by simple smartphones which makes it accessible to everyone, especially young people.

Reza Heidari is one of them, he fell in love with photography. 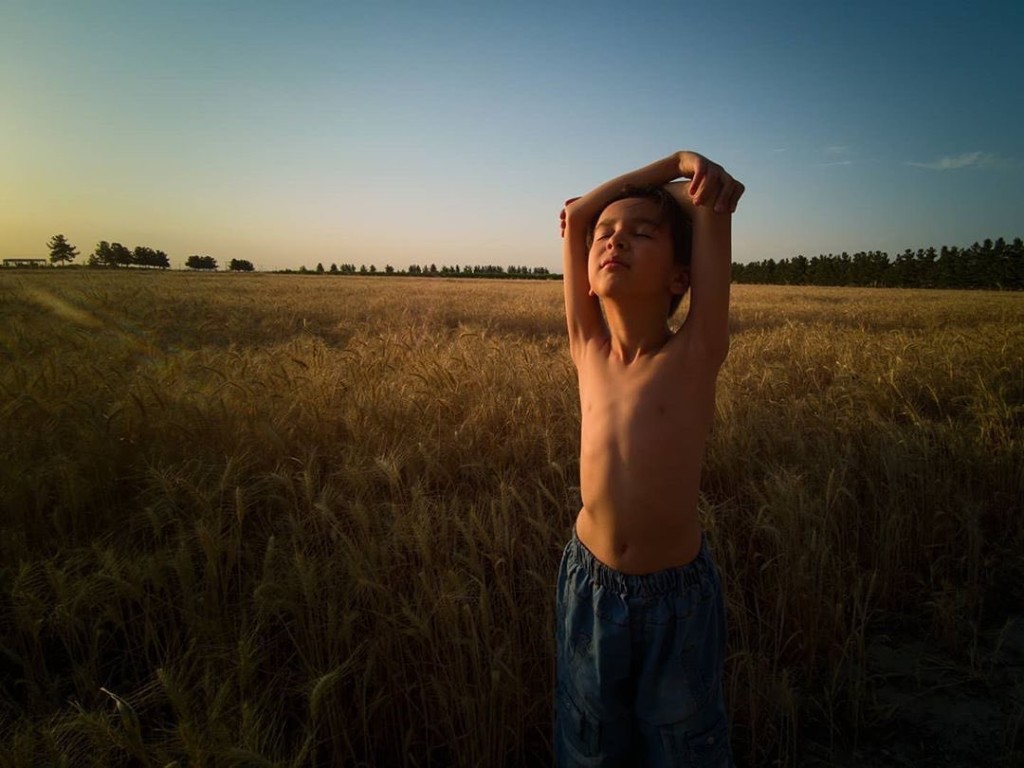 The first time he approached photography was when he left as a volunteer to help the victims of the Bam earthquake in 2003. This was the occasion that inspired his first photo report. 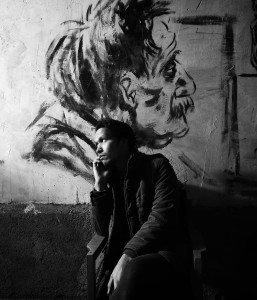 Reza understood the importance of storytelling and decided to teach photography to people who lived the same conditions as him, Afghan refugee boys who lived on the fringes of Iranian society.

With the collaboration of some other youngsters from his neighborhood he founded the Everyday Golshahr project and they started doing workshops and photographic walks with the community, inviting their Iranian friends, creating moments of conviviality between the two distant and separated communities and sharing experiences and learning from each other.

By not having regular papers in Iran, Reza's life in the country where he grew up was very difficult and he was never recognized as an integral part of that society. So he decides to return to the country where he was born, Afghanistan. He was only three months old when his family fled the war. After more than three decades he returned to his country of origin empty-handed but with a great desire to share his knowledge and experience with his Afghan compatriots. He started to teach photography courses and workshops and lead a photography course as a visiting professor at the university in Kabul.

Everything vanishes with the tragic death of his brother in a terrorist attack west of Kabul, where the Hazara minority resides. Dozens of people lose their lives in this attack, including Mostafa, Reza's younger brother. Reza continues to work but no longer feels safe in Afghanistan, as attacks against his community increase, and he begins to receive personal  threats. He has no choice but to leave Afghanistan and return to Iran. He now lives in Iran where he has no rights but continues to work for the community. The future of his sons is a cause of great concern for him: he does not want them to live like him without documents. He dreams to see them grow up in a free society, far from wars and persecutions and the constant fear of getting deported 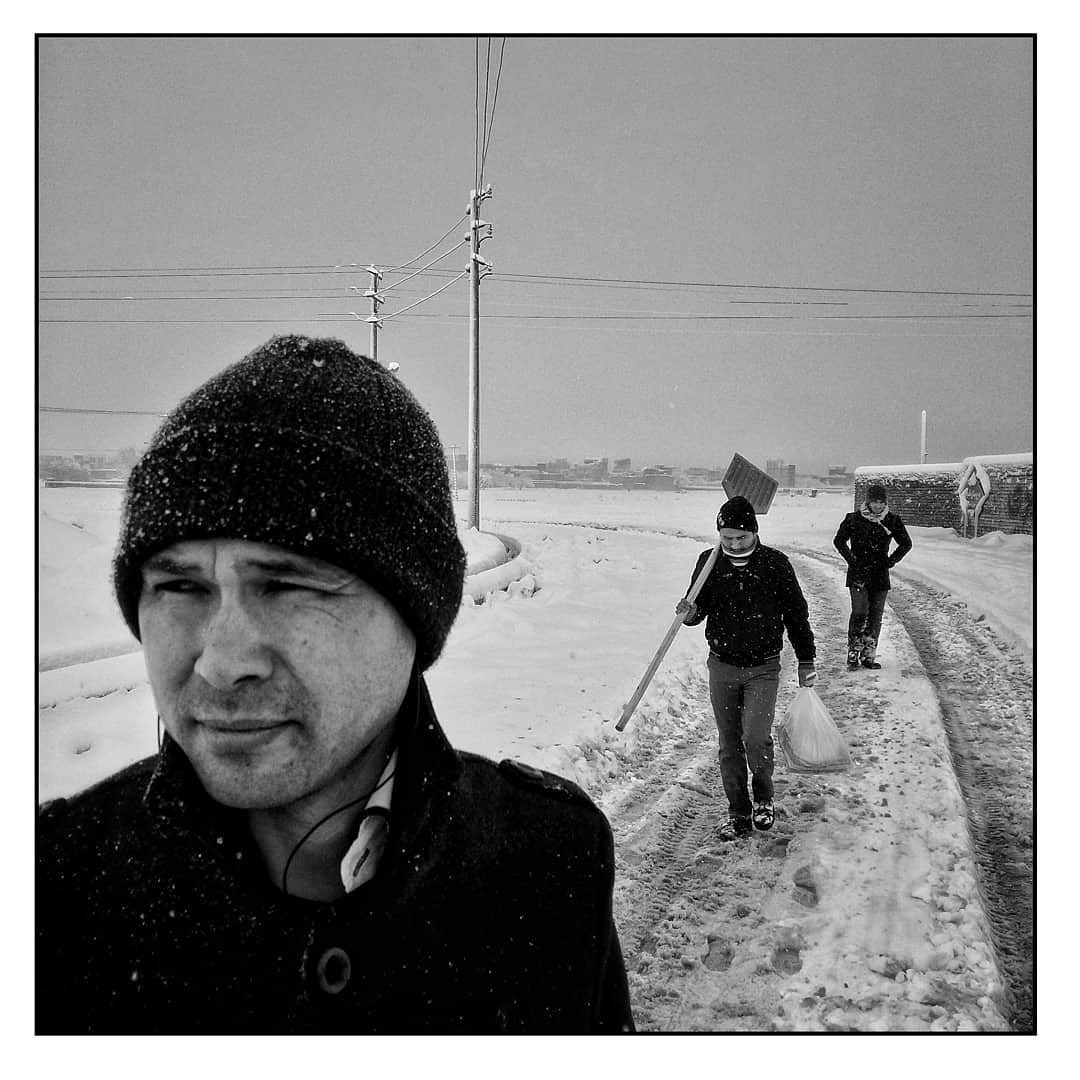