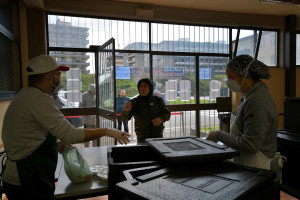 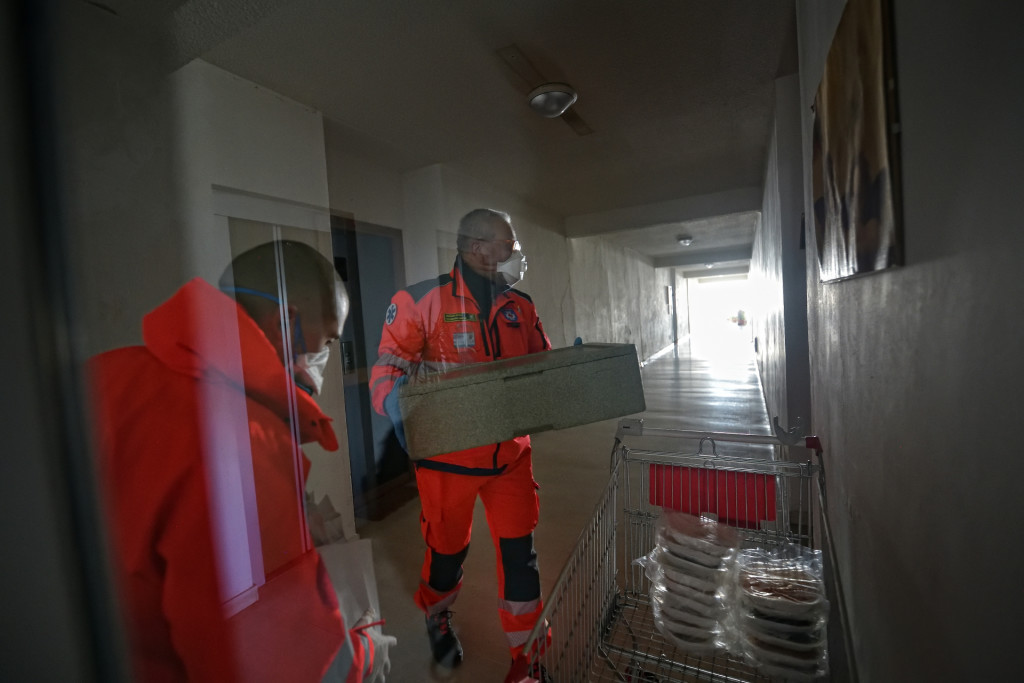 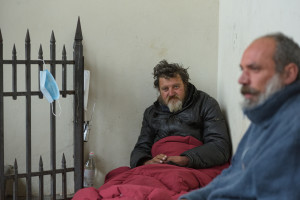 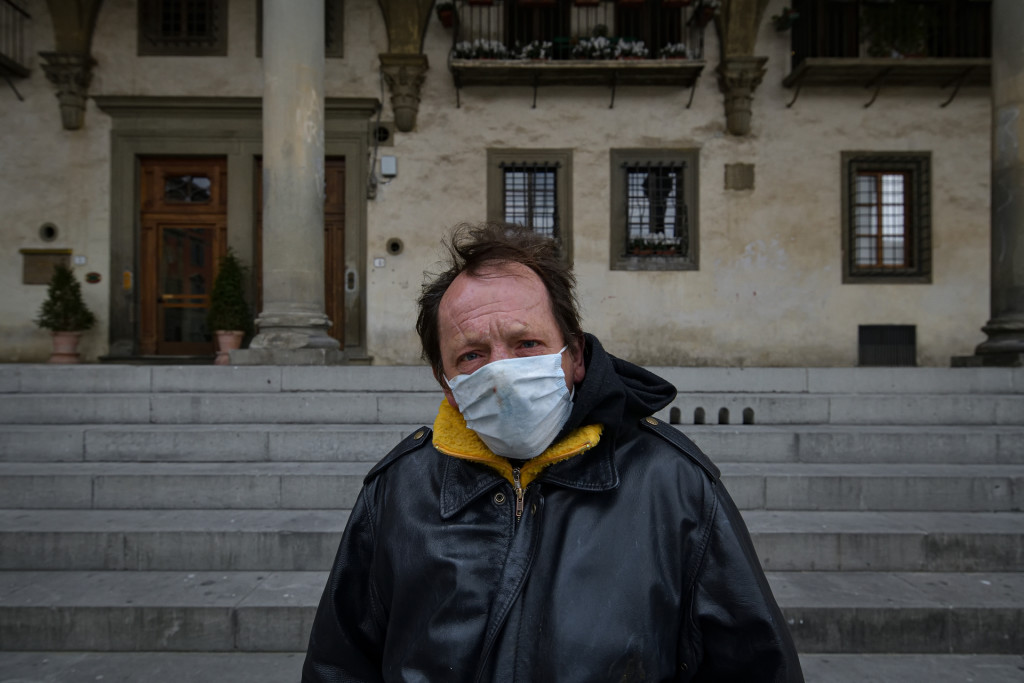 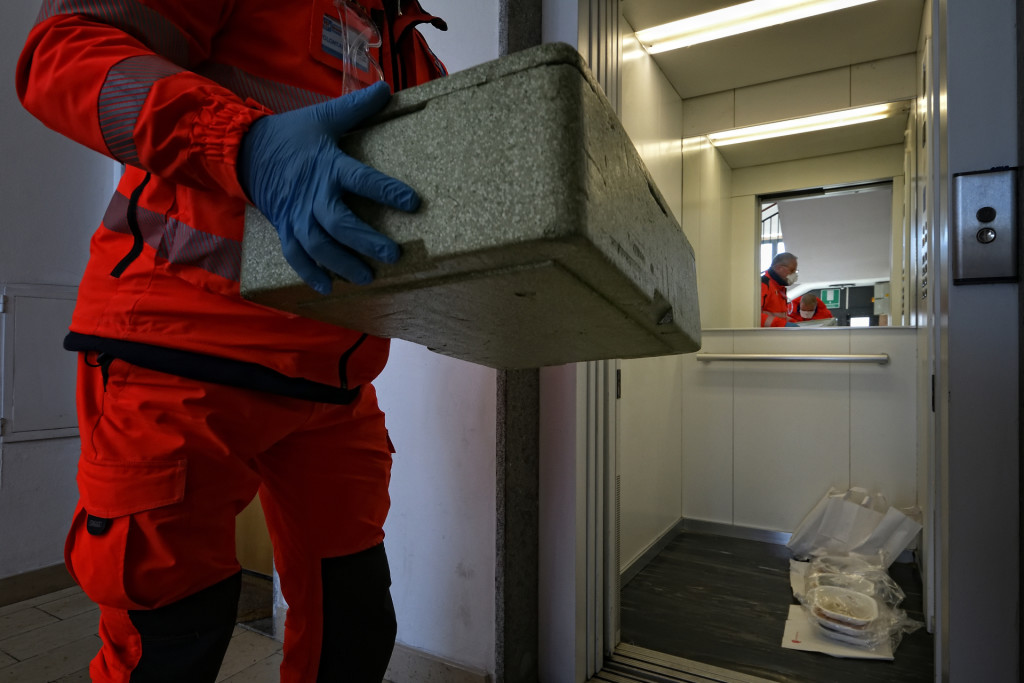 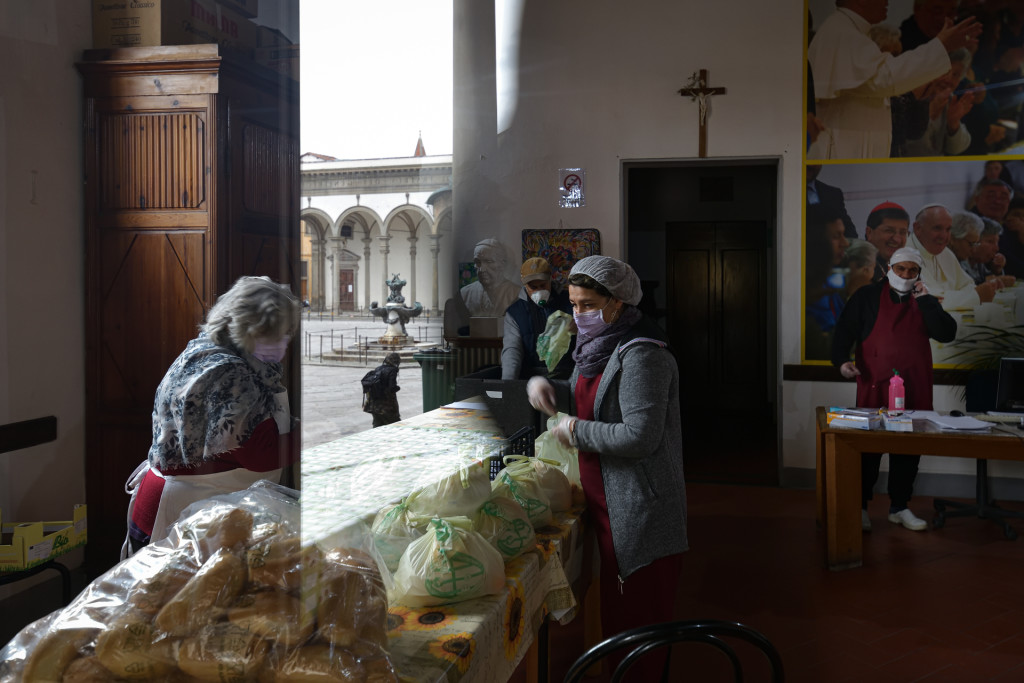 (text and photos by Edoardo Agresti)

We hear more and more often that we are at War, even if with different dynamics from those we sadly know. In part, this statement is true because, as in any conflict, we see who fights in the front line facing the enemy directly on the field and who instead takes care of organizing the rear, planning the activities, meeting the needs of the weakest. In this sort of world war, the thousands of doctors, nurses, anesthesiologists, doctors who are risking their lives and, alas, even sacrificing it, try to defeat this sneaky and invisible evil. It is undoubtedly a shareable metaphor, but assimilating this emergency to a war must not, however, make us stop reasoning according to the logic of illness and the patient.

Susan Sontag said: 'War is one of the few human activities that people don't look at in a realistic way; or evaluating the costs or results. In a war without neighborhood, resources are spent without any caution. War is pure emergency, in which no sacrifice will be considered excessive. ' This is, in fact, the greatest risk, namely that in the name of something that in fact is not, one tries to justify everything in the name of the emergency: from personal freedoms to economic resources. He often hears of 'limiting losses', of giving priority to those who 'can do it', of taking humanity away from the patient because it is - as Daniele Cassandro says - 'an inevitable civil loss'. There is a risk of putting aside the last ones because they are useless, they do not serve to fight, they often take resources away.

Fortunately, however, there is also a whole other world, less media, less flashy, but equally important and fundamental that acts in silence. They are the volunteers of the various associations: Red Cross, Civil Protection, religious bodies such as Caritas and lay entities. All, as never before, committed to working to help those who, unfortunately, are experiencing this moment of emergency with greater difficulty. 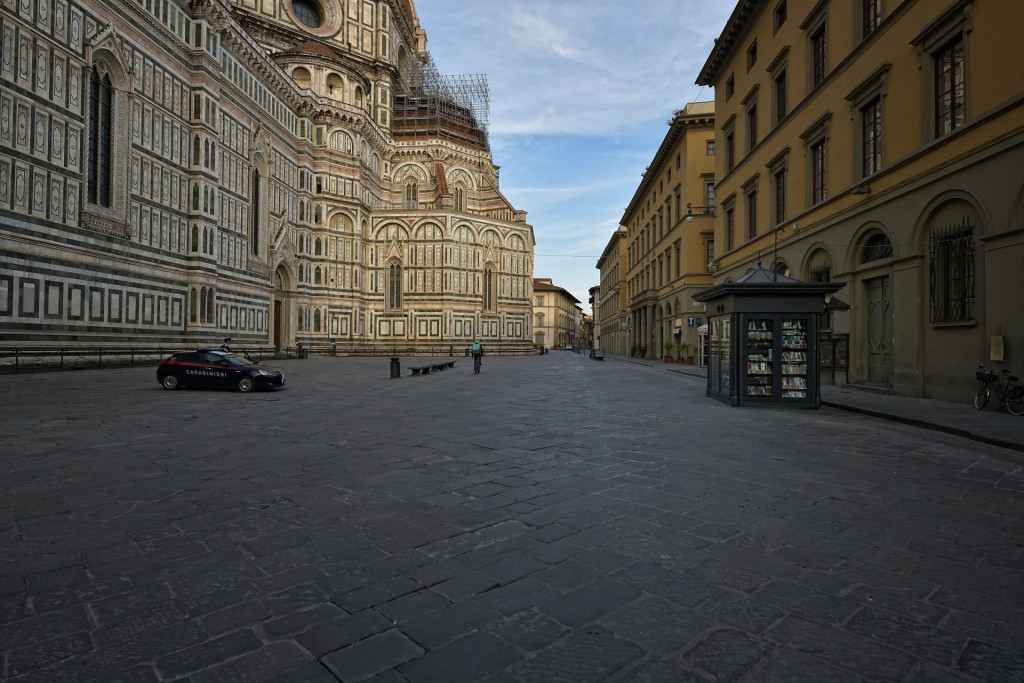 I have been working for 20 days on the letter of appointment from the Municipality of Florence to document daily life under the threat of Covid-19. After telling about the gradual emptying of the city, the garrisons by the army and law enforcement agencies in the symbolic places of Florence, the activities that still continue to work, I am focusing on what remains and, in particular, on those who provide of services driven solely by a spirit of solidarity. 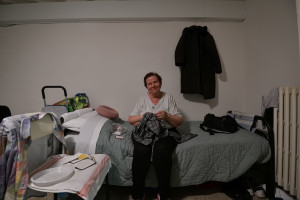 I am following the homeless whose home is the city streets. You can't ask them 'stayathome' because they don't have it. And then you see them around the city as Franco and Alessandro who are under the arcades of SS. Annunziata with the sleeping bag and a radio donated by one who passed by. In normal times their presence would have been mixed between people intent on shopping or among tourists who crowded the historic center of Florence; they were the so-called 'invisible'. Now, however, they are strong presences because they are the city streets. When the volunteer Elisabetta begins the free distribution of meals, the square comes alive and dozens of people in difficulty approach the counter set up outside. There are street artists like Luigi, who no longer has his audience; marginalized because ex-prisoners like Andrea to whom no one gives alms anymore; prostitutes like Carla, who lost their clients and then drug dealers, drug addicts, alcoholics or others to whom fortune has turned its back. It is thanks to these reception centers that they manage to live. The food is prepared and managed like a large company canteen. Marzio, one of the managers of the Florentine Caritas, tells me that the cooks also meet the needs of those who for special religious or health reasons need special meals. It is incredible how, although we live in emergency, the solidarity and humanity of certain associations does not fail.

And then there is the Civil Protection that is facing a different emergency in its methods compared to those that normally happen. Luca, one of the managers of the Florentine section, told me that in the management of an earthquake, for example, we try to create rooms to create community and sharing; from the psychological point of view, in fact, it is important to create spaces where to be together to overcome the trauma suffered even with the strength of others. Here, however, the opposite must be done, it must be isolated. Hence a field was born, set up in three days in a large parking lot adjacent to Peretola airport, where individual housing units are positioned with a bed inside, a desk - on which a novel is nicely left -, the bathroom with shower, air conditioning and heating. The hydraulic work to manage the discharges was incredible and the choice of a place where there were already biological pits nearby was a winner. 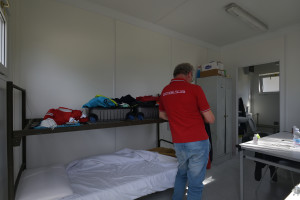 Those in voluntary isolation, such as two operators of the Red Cross who have been returning to Bergamo for ten days, and those who do not have a structure that can accommodate him as prisoners awaiting trial, spend the quarantine in this field.
It is always thanks to the tireless work of the volunteers that the Civil Protection delivers meals to the homes of those who cannot go out because they are positive for the crown swab virus, but who do not require hospitalization. The protocol prevents direct contact with the beneficiaries and therefore meals are left in the elevators of the condominiums for families who live on the upper floors or left on a table or a large basket in front of the entrance door. 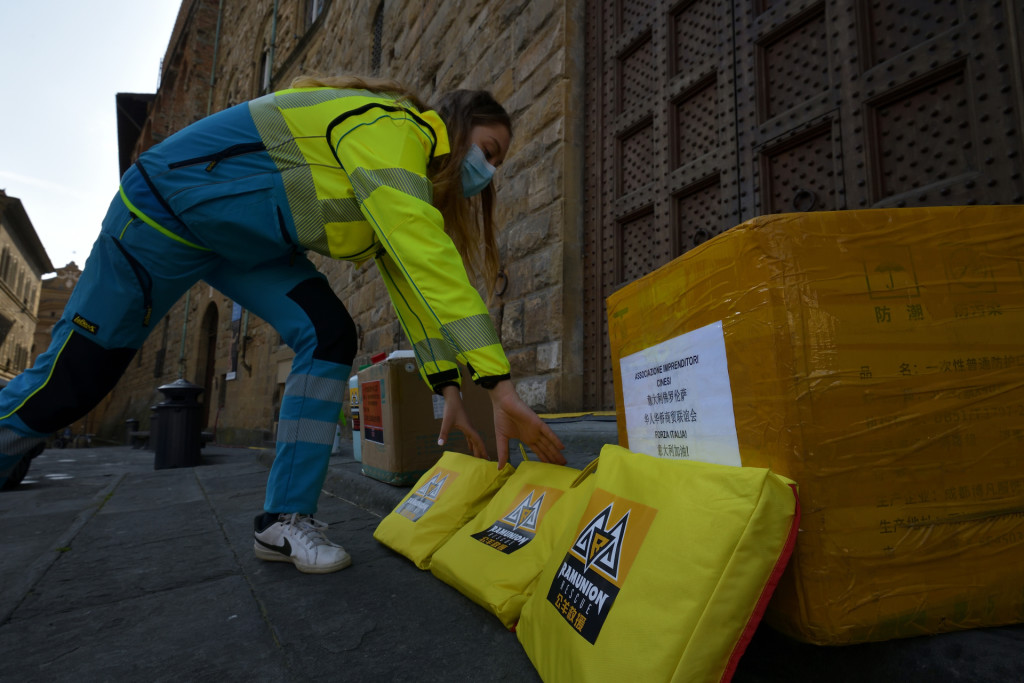 Volunteers, silent angels who make their time and health available to others. I have been following them for some time now and, although tired and tried, I have always seen them smiling and ready to respond to requests even in the middle of the night.

To them goes my deep respect and my immense gratitude.

(Editor's note: Edoardo has always been one of the most empathetic members of Shoot4Change. Knowing him on the street, risking firsthand to tell us about the wonderful work of the angels, silence imposes gratitude and respect on us. Thanks Edoardo, for what you do and how you tell these stories)