S4C member Valerio Nicolosi has won the 1st prize (Photography category) of this year edition of Amerigo Journalism Award (that is attributed to those journalists that have better narrated the US or transatlantic issues).

Over the years, the Amerigo award has been granted to huge names of Italian Journalism (from Beppe Severgnini to Giovanni De Mauro, from Federico Rampini to Vittorio Zucconi to name just a few).

Valerio Nicolosi has been awarded the photography prize for the visual storytelling of New York and other US cities during the last presidential campaign, while on the field on assignment with Italian SkyTG24 journalist Giovanna Pancheri. 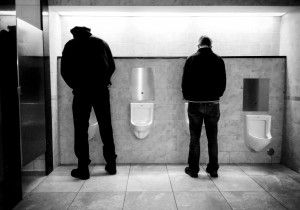 For more than a month on the run of the presidential elections and in addition to the "official" work ,every opportunity was good for Valerio to take a series of photographs he  called "postcards from New York" with the aim of  telling the city from below and from behind. Workers, common people, homeless, young demonstrators, movie students who turned to Corn Island and everything aboutthe daily life of the most fascinating city in the world.

He did that with his camera and with his mobile phone as well, without taking care of the technical medium but putting all the emotions  that place gave him. Emotions and sensations amplified by Lou Reed's music always in his earphones.

He's one of the best storyteller of Rome's suburban neighborhoods and an amazing film maker. He has just finished editing his latest short movie, Bia, in black and white, on the harsh daily life in the suburbs.

He does that with no rhetoric and without indulging in the common ideas about the suburbs but with a profound empathy and understanding of the importance of telling the story of the humanity the fill the most unknown areas of the most known cities of the World.

Those postcards from New York could be sent from Rome. And that movie about Rome suburbs could have be shot in a New York suburb.

Because those stories are all the same.

And they are worth being told.

Congrats Valerio! Keep it up!