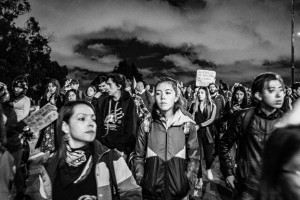 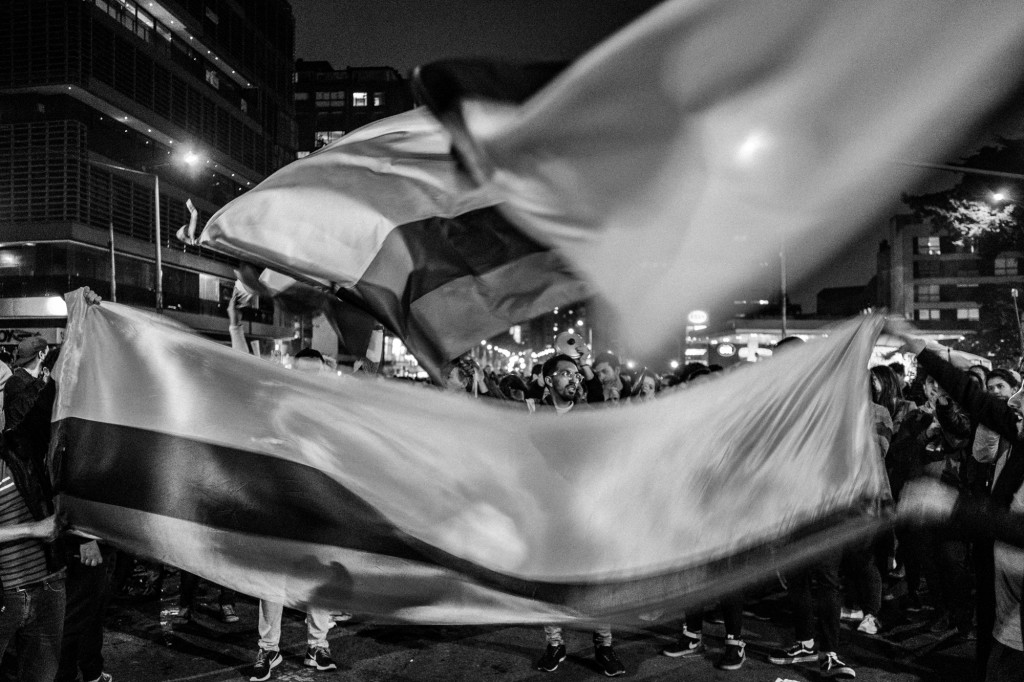 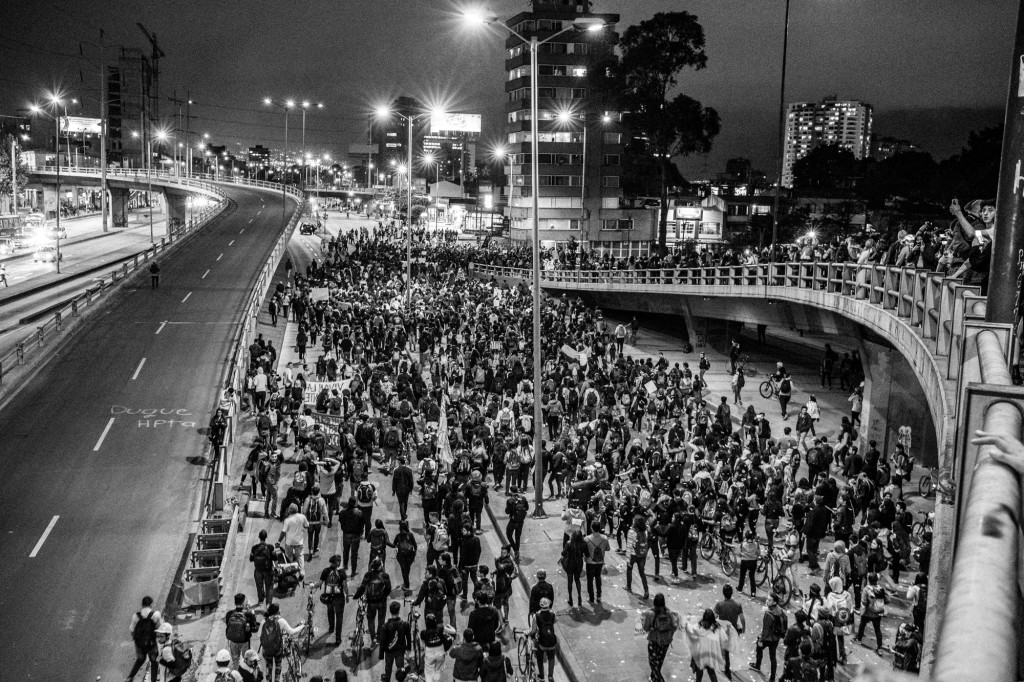 (a story of Julio Barrera/S4C Colombia)

Life goes on, unemployment continues, but today, November 25, 2019, near midnight, the life of Dilan Cruz, a 17-year-old student who had just finished high school, stopped forever as a result of aggression by an officer of the ESMAD Riot Squad, a special unit of the National Police.

Colombia is currently governed by President Iván Duque, a member of the Democratic Center political party. This is a young politician who last year rose to power protected and protected (say many, manipulated) by former president Álvaro Uribe Vélez. 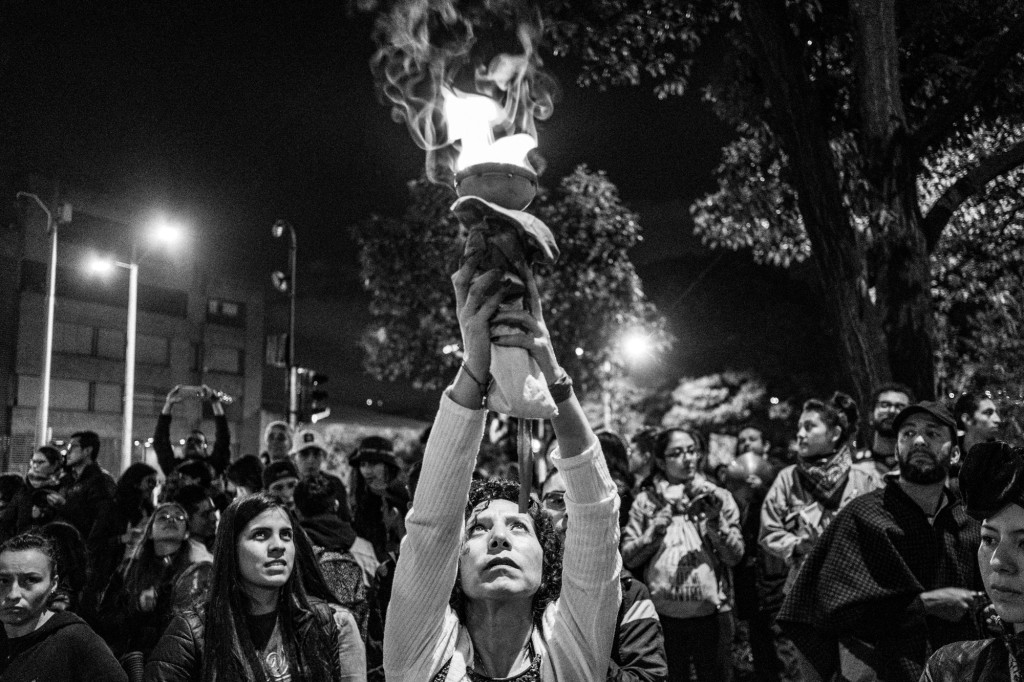 Throughout its first year of office, the Duque government has had more mishaps than successes and its popularity plummets. The peace process has deteriorated due to the state's selfless application, the systematic crime of social leaders is growing day by day, education constantly suffers from budget cuts, pensions are increasingly embroiled among many other problems. 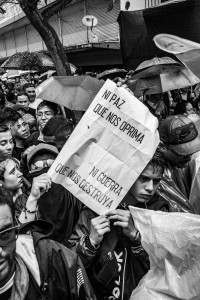 Before the indifference, inexperience or even neglect of the president and his work team before the constant requests of the citizenship, a general strike is called that begins on November 21.

The first and massive demonstration, is finally repressed by the National Police and the ESMAD, but unexpectedly, the citizenship is organized and at night a series of cacerolazos that arise in different neighborhoods of the city where they harangue against the president, against Álvaro Uribe Vélez and against the current capitalist system that is implemented in the country.

The marches and their respective repression continue on November 22 and curfew is decreed in the city of Cali and Bogotá. But the cacerolazos are unstoppable and these are celebrated until after several hours of the curfew.

This dynamic of repression and cacerolazo march (cacerolazo is a form of popular protest which consists of a group of people making noise by banging pots, pans, and other utensils in order to call for attention)  continues on November 23, 24 and 25. However, last Saturday, November 23, the young Dilan Cruz was attacked in a peaceful march by an ESMAD officer who shoots him a tear gas grenade in the back and points at less than 10 meters away causing a series of injuries that finally, today November 25 has caused him death.

So far, the national strike has been peaceful in its great majority and even when there have been acts of vandalism, the majority of citizens have expressed themselves in the streets with dances, whistles and excitement to the sound of comparsas where the constant "Uribe, paraco, the town is Berraco". 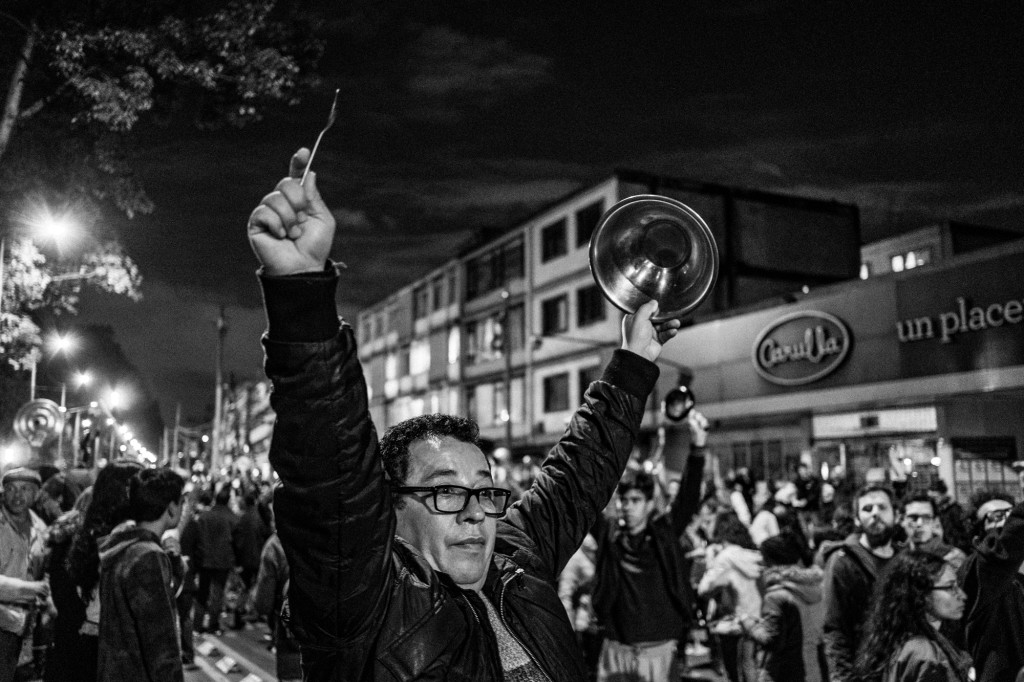 But today, when the fifth day of general protest is over, I wonder, how will this strike continue after the death of this young and innocent student who had everything to surrender to his country but died at the hands of the state? It is difficult to know what will happen in the next few days, but surely, part of the joy that the Colombian people showed protesting against Iván Duque and his government, will disappear giving way to indignation and anger.