An investigation of adolescent pregnancy in Ecuador

(a documentary of Max Pelagatti/S4C)
“Mom too Soon” is an investigation of adolescent pregnancy in Ecuador that focuses on motherhood as well as sexual and reproductive rights.
The project aims to highlight how such an issue comes from a braid of violation of women’s rights, culture and religion.
The result of the investigation created the background context for a series of interviews. 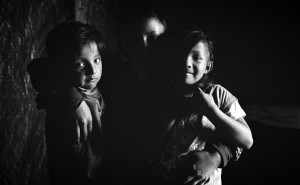 The project consists of black and white pictures taken on film and a video documentary containing interviews of young mothers, healthcare professionals and politicians.
"Mom too Soon" is a self-funded project, endorsed by Shoot4Change and in collaboration with Fundación Cristo de la Calle, Melting Pot Language, CEMOPLAF and Fundación un mundo unido.
It was filmed in Ecuador between November and December 2017 by Max Pelagatti, as part of a long term project on the issue.
I've known long enough Max to know how close to his hearth this project his. He put all his resources and efforts in traveling across a difficult country like Ecuador, interviewing young mothers, NGOs and local politicians.
It started his journey with just a bunch of film rolls and the intention of shooting his first documentary.

In my opinion art, and more specifically photography, is the most effective way to reach a wide and inhomogeneous audience.

I see art as a universal language that has the power to educate and break down prejudices. Art has survived through centuries and always had the ability to change one’s thoughts starting from the artist himself.

It may not create a “revolution,” but it is a slow and long process that I believe will lead to a change. (Max Pelagatti)

As a member of S4C, Max will not stop here and will pursue to keep raising awareness on a social issue that is so much closer to Europe than you might think. Stay tuned for more. You'll be surprised...
Great job, Max! Keep telling this story.
Antonio Amendola
PS The film is not short. I tell You. I know that the consumption pattern of our days would suggest a few minutes long video, but at S4C we firmly believe that an important story needs to be told accurately and with no rush. We trust our storytellers as a part of cultural resistance. We want to go back to a time of slow consumption of stories. They deserve it. You deserve it. 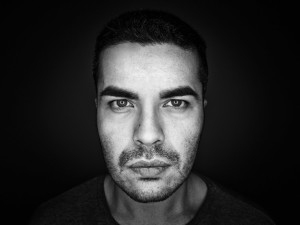 Max Pelagatti is a photographer and photography instructor born in Tokyo in 1988 to an Italian father and Japanese mother, both of whom were opera singers. He spent his childhood between Italy and Japan; as a teenager, his family settled in Italy, his father’s homeland.

By nature curious and reserved, the camera was his preferred means of expression from a very early age.