(repost in occasion of the World Autism Awareness Day)

This is a nice story. One of those nice small local stories we seldom look at but that are hitting so many families around us.

It's about autism and three incredible boys. And it's about those who help the families with autistic kids.

I decided, together with my other Revela Award Jury members, to give this story a Shoot4Change Honorable Mentions as best positive local story.  Read it, look at the images (click here), and learn more about the Project. It's worth it.

No need to explain, why. Antonio Amendola 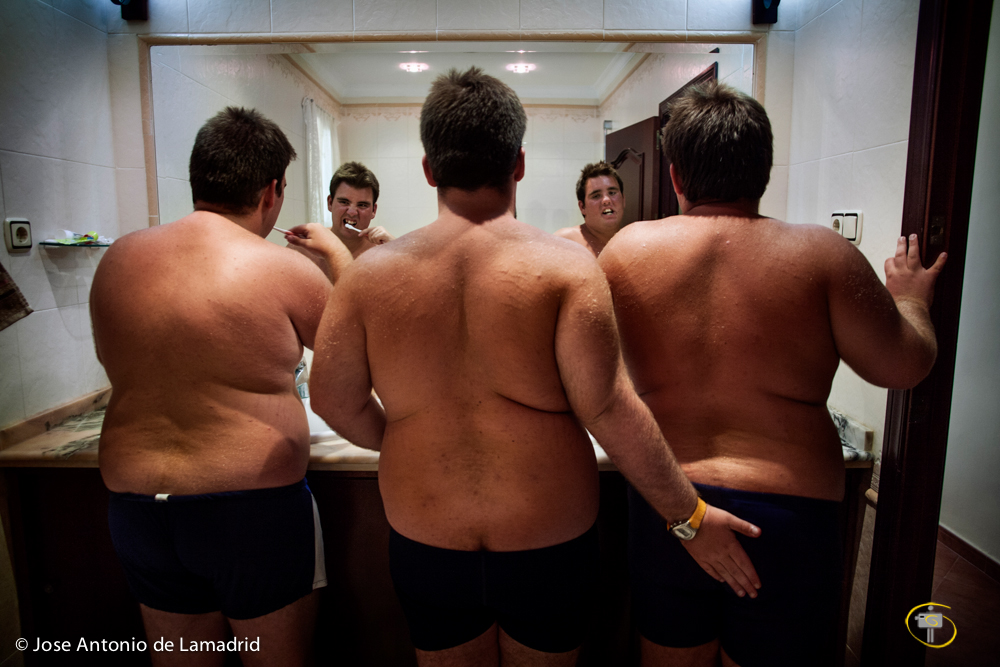 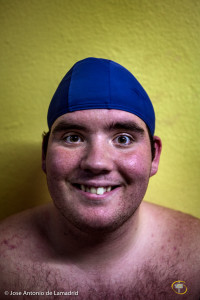 Alejandro, Alvaro and Jaime are 18 years old and are brothers triplets with autism, a complex neurological disorder that affects about 1 in 166 children in the world.  Children affected by autism spectrum disorder can have a wide variety of symptoms including problems with communication and socialization skills. This makes beings not able of normal social relationships. His parents Noelia and Jaime, tell us that after 12 months of age began to be noticeable differences with other children, not attending to calls and did not show things that appeal to them or interest them, a plane the sky, a barking dog, a sweet to eat.

Álvaro of small that suffered a brain injury goes to a specialized autism. His brothers Alexander and James go to high school to a special class, for greater integration.

Alvaro and Jaime  still being monozygotic twins and  Alejandro twin dizygotic suffer varying degrees of autism, are defined as ‘autistic wise’, as they have very specific skills developed.
Alexander, ‘The Artist’ is a great artist and is able to perform, from the age of six puzzle pieces over 1,000 hours. Alvaro, always carries in his hands something he calls ‘inventions’, figures created from plasticine or pieces as, combs, scissors, paper or something that you enjoy. Jaime has a great memory, able to recall specific calendar dates and names literally, is the spokesperson of the three. Now with 18 years, “Jaime says” I’m going to buy a white BMW.

“He waited impatiently for the arrival of that magical age to realize their dreams: “Go to the Caribbean, Murcia go to work in a factory with my cousin Laura, cursing … Poetic license for many who have problems of communication and language, as autistic children do not know the lie, sarcasm of or damage. They live in an isolated and repetitive world from which they will never exit in their life. 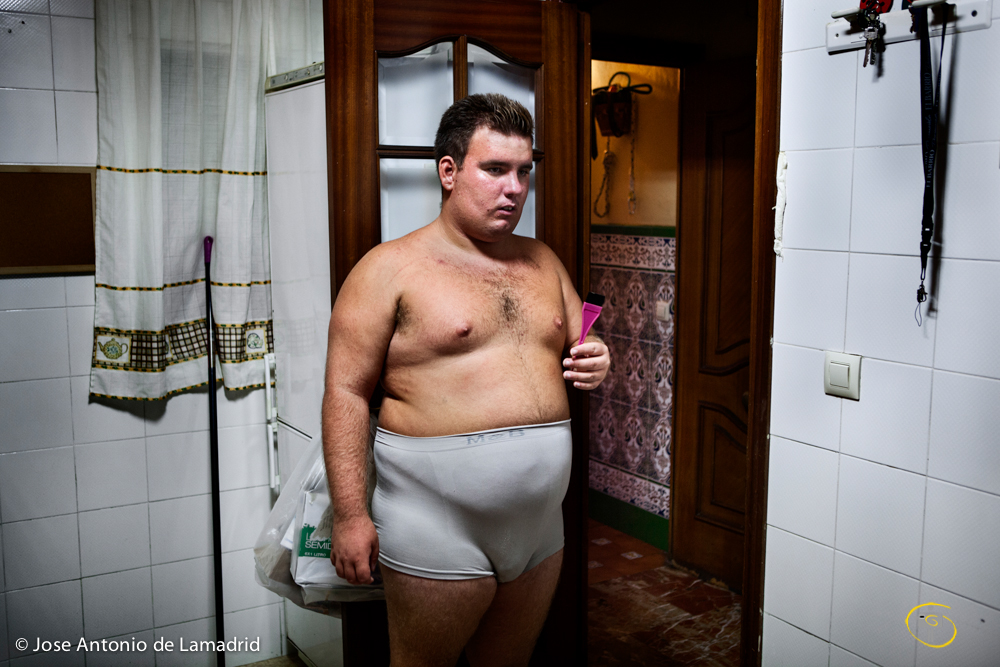 Promotion of social activities for people with autism to develop their personal autonomy.

Promotion of personal autonomy with community activities. The nexus between the controlled intervention and under requirements, more or less firm, both structuring and multi precise control variables for intervention,  and access to the community and more standardized activities of people with autism;  including inclusion, integration, psychomotor development, generalization of learning, habituation to environments, spaces, places and new activities, expanding their interests and experiences.

These types of activities are going to the pool, the accompanying classes, trips to the theater or the movies, or even a trip. These activities are chosen by the person with autism and their families, this entity suing initial support for its implementation. The service will manage the integration of the participant, the preparation of individualized guidance and counseling responsible staff for the activity. 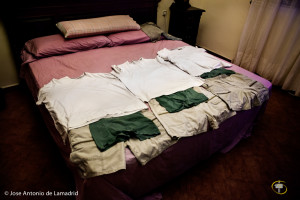 As an entity specializing in ASD, from CIR Sevilla Autism, we aim to offer society a group of experts who can advise, guide and assist in all actions directed from various segments of people with ASD and their families and deploy specialized resources necessary to provide comprehensive care to develop services or activities with and for our users: people with ASD and their families, seeking their participation and personalizing the greatest extent possible, looking for technical excellence and management from a solid professional training. and collaborating with various sectors of society to achieve greater inclusion.

Jose Antonio de Lamadrid Works in newspapers as Diario16, Diario de Andalusia, ADN  or Diary Sevilla articulate much of his career, as well as numerous collaborations in general magazines like Interviu and Tiempo, or news agencies such as Getty Images, Cordon Press , Cover and EFE. His patient look allows you to publish in international publication like  Sunday Times. Le Figaro, Paris Match, Focus Magazine. El país semanal, Le Monde magazine. The Times, La Mirada, The New YorkTimes, Magazine de La Vanguardia, Interviú, Cambio 16. His career was recognized in 2002 with the ‘Award for Journalism Andalucía’ Other awards accompany this prestigious recognition. 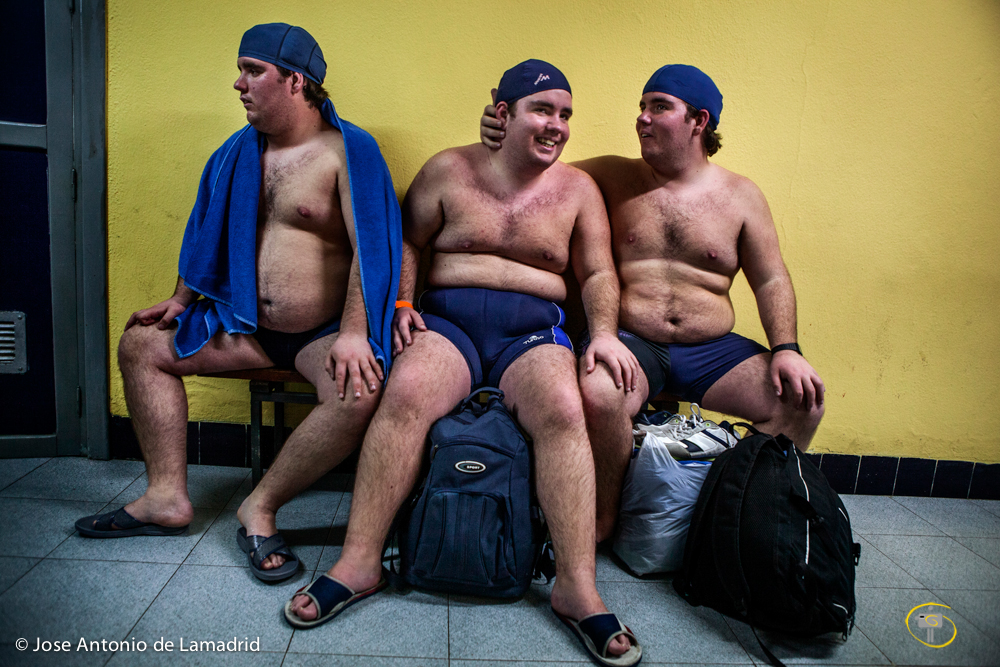 For nearly twenty five-year career has more than a dozen photographic exhibitions. In addition, a dozen books complete the extensive biography.

De Lamadrid is one of the four founding members of the Bluephoto documentary agency and he's now also Member of Shoot4Change.

(repost in occasion of the World Autism Awareness Day) 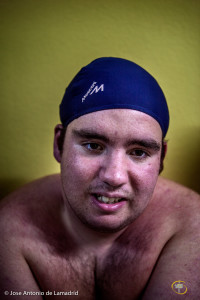 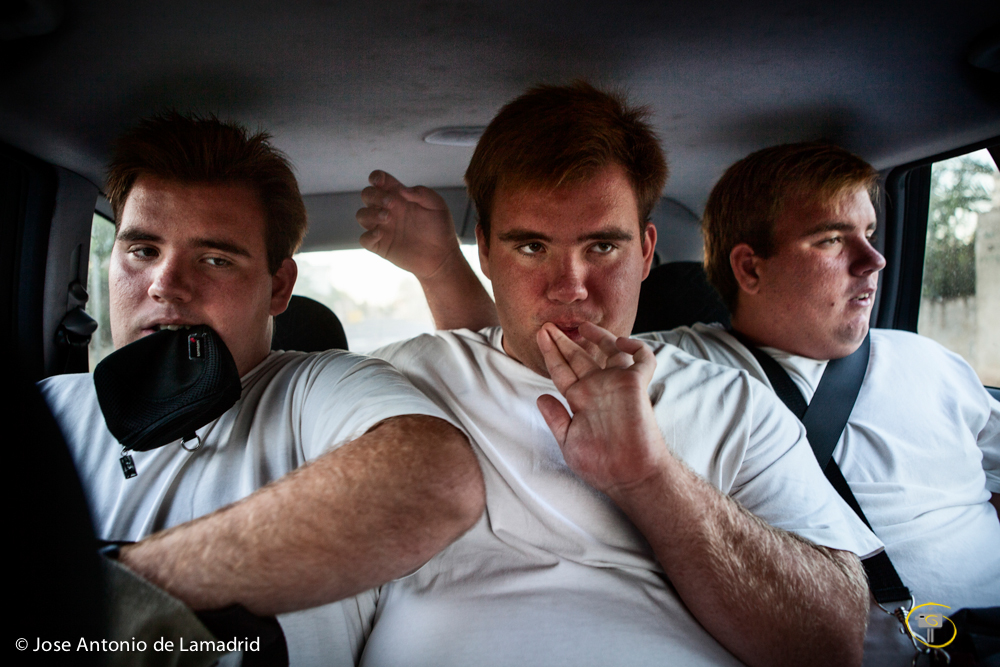 Jaime, Alejandro and Alvaro go to schools in their parents' car. When they were three years old they made the diagnosis of dismiss: not deaf, they have no genetic or neurological problems. "When you do not have any of these symptoms, you have autism.". Seville, Spain 2012.
Jaime, Alejandro y Álvaro se dirigen a sus centros de estudios en el coche de sus padres. A los tres años les hacen el diagnóstico de los descartes: no son sordos; no tienen problemas neurológicos ni genéticos. "Cuando no tienen ninguno de esos síntomas, tienen autismo". Sevilla, España 2012. 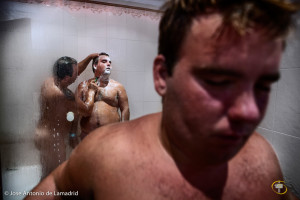 Jaime, father of triplets washes and shaves Alejandro, After he washed his others sons. After three years they made the diagnosis of dismiss: not deaf, they have no genetic or neurological problems. "When you do not have any of these symptoms, have autism. 2012 Seville, Spain.
Jaime, padre de los trillizos lava y afeita a Alejandro, después de haber aseado a sus otros dos hijos. A los tres años les hacen el diagnóstico de los descartes: no son sordos; no tienen problemas neurológicos ni genéticos. "Cuando no tienen ninguno de esos síntomas, tienen autismo". Sevilla, España 2012.

If Russia had bombed Paris imagine advising France to cede Lyon and Marseille to not humiliate Putin.

Reply on TwitterRetweet on Twitter11589Like on Twitter67877Twitter
Load More...
Back to Top