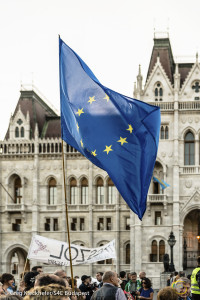 For the past year, Hungary has been the site of great debate regarding the rights and treatment of refugees, with ruling party Fidesz drawing international ire over border militarisation, illegal pushbacks, and frequent official conflation of terrorism with those fleeing it. This tension came to a head Sunday, October 2, when prime minister Viktor Orban's government held a referendum on the question of EU resettlement quotas.

Under the now all-but-defunct proposal, Hungary would be required to admit 1294 refugees from such partner countries as Italy and Greece, whose resources have been stretched thin by their position on the front lines of popular migration routes. Hungary, too, was in such a position until last autumn, when its government erected a series of fences along the Serbian and Croatian borders and deployed thousands of military and police to forcibly secure the region. Since then, Hungary's Fidesz-dominated parliament has passed legislation further restricting the flow of refugees in an attempt to wall the country off from the humanitarian tragedy immediately to its south.

Since calling the referendum, the Hungarian government has spent 11.3 billion forint (40 million US dollars, or roughly $30,000 per proposed refugee) on a massive anti-immigration campaign, with billboards, postal flyers, and even cold-calling drives urging the electorate to vote “no” to the referendum question, which itself has been criticised for inherent bias. In contrast, the combined fundraising potential of the entire opposition has been estimated at no more than 100 million forint, or less than 1% of the public funds co-opted by Fidesz.

Despite Orban's enormous effort to strike fear and mistrust into the hearts of his electorate, only 43% of eligible voters took to the polls Sunday, with 92% of votes cast supporting the prime minister's position. Any turnout under 50% is insufficient to bind the legislature to action, and Orban has been scrambling to cast the result as something other than a personal catastrophe, while opposition leaders on both sides call for his resignation.

Two days before the plebiscite, a coalition of Hungarian NGOs and opposition groups convened outside parliament to demonstrate their solidarity with refugees, protest against their ongoing vilification by the government, and campaign for a more inclusive society. Shoot 4 Change Budapest was in attendance to document the event. 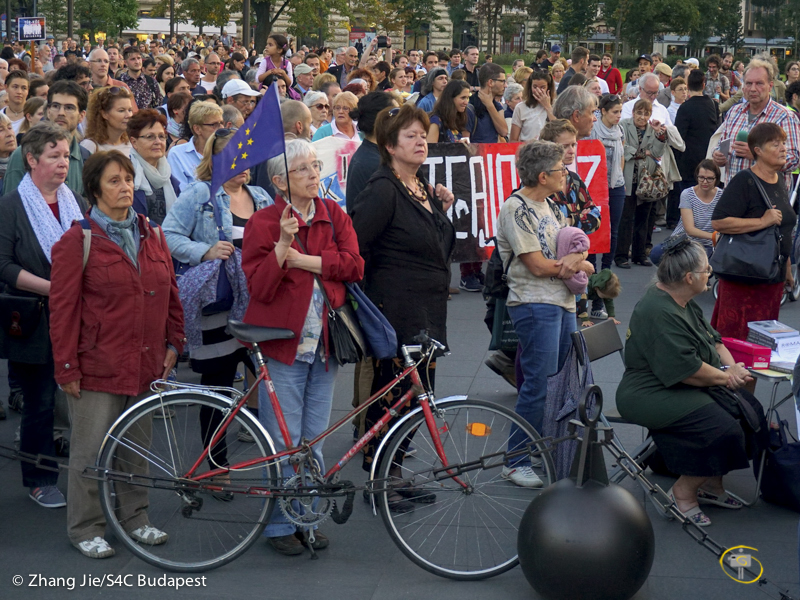 Thousands joined the peaceful demonstration, from all generations. An elderly Hungarian man wearing a placard stating “I too was a refugee” quietly wandered the crowd, stopping occasionally to speak with curious attendees. Young activists wearing Guy Fawkes masks gave interviews to the many reporters on site. Several EU flags waved above the crowd, reminders of the broader context surrounding Hungary's current political direction. 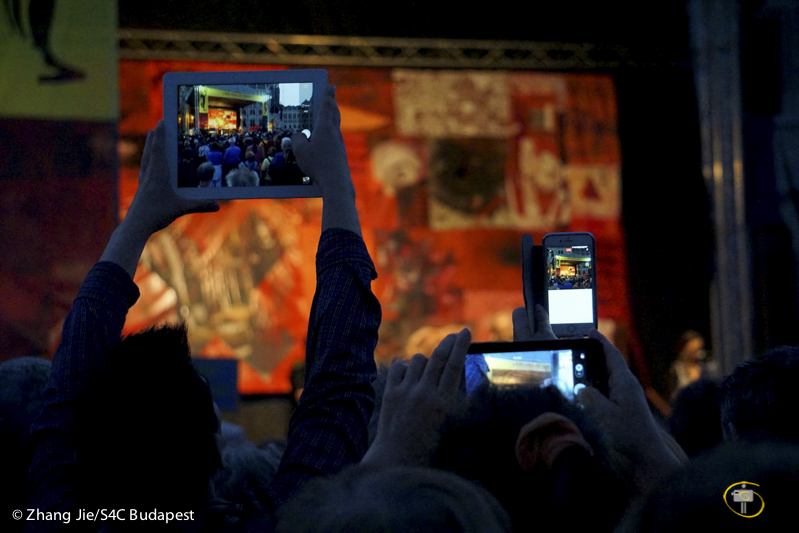 On stage, representatives from political and social bodies alike gave voice to the issues at hand. One by one, singers, storytellers, preachers, politicians, and refugees each delivered their heartfelt contributions to an attentive crowd, determined to stand against the moral decay of their country. And on Sunday, Hungary thanked them.