Girls who are not afraid

(click to watch an extract from “Fracture Zone: Afghanistan”)

Girls who are not afraid

“The terrorists showed what frightens them most: a girl with a book.”, said Ban Ki Moon, the Secretary General of the United Nations after the Taliban shot in the head Malala Yousafzai –  16-year old Pakistani activist, who has been fighting for the access to education. These words have become inspiration for the international movement GIRLWITHABOOK.

Malala Yousafzai, despite her young age is already described as the symbol of fight for the access to education and women’s rights. Until recently she lived in the Swat Valley in Pakistan, but few months ago she was shot in the head by the Taliban and soon after transported to the United Kingom for treatment. She is there with her family until today.

Malala was born and brought up in Mingora, Swat Valley in Pakistan, which lies close to the border with Afganistan. Being a daughter of a school director, poet and activist, from the early age, she has been brought up in the conviction that the right to education is her basic and inalienable right. Being supported by her family, she has dedicated herself to education – she wanted to become a doctor. Unfortunately, the extremists, who took over Swat Valley and started to introduce rigid canon law, wanted her plans for education to founder.

Overtaking the valley by the Taliban and the introduction of extreme conservative rule among the community that did not suport such fundamentalistic principles, led to the outbreak of a conflict. „The situation started to resemble the Taliban regime in the 90s. The punishment in the form of stonning, flogging or public executions for adultery was introduced. Entertainment got banned, including music, even shops that were selling records/CDs were being destroyed. Women were told to stay at home, „guardians of virtue” ordered them to wear burqas and public education became forbdden for them”, writes in her commentary phd Agnieszka Kuszewska, expert on Pakistan (CSPA, SWPS).

Amongst the damage caused by the fight for land and influence, schools and as a result  students became victims of the Taliban, being deprived of the opportunity for education. Boys were meant to move to coran schools and girls were supposed to be denied the access to education completely. Bombs started to be put under the schools for girls. 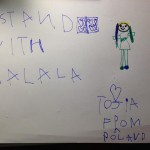 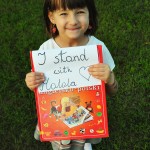 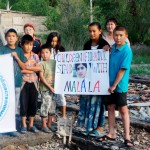 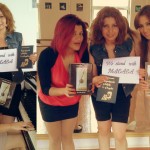 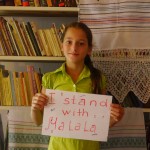 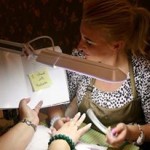 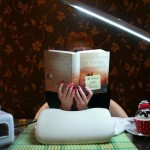 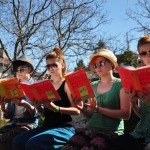 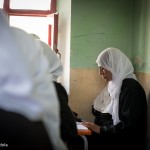 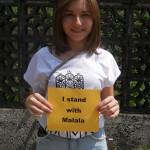 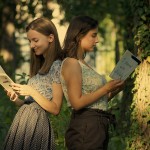 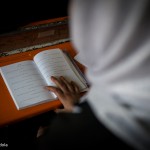 (click to watch an extract from “Fracture Zone: Afghanistan”)

At the beginning of 2009, young Malala under the pseudonim of Gul Makai started blogging for BBC Urdu:

„I had a terrible dream yesterday with military helicopters and the Taleban. I have had such dreams since the launch of the military operation in Swat. My mother made me breakfast and I went off to school. I was afraid going to school because the Taleban had issued an edict banning all girls from attending schools.

Only 11 students attended the class out of 27. The number decreased because of Taleban’s edict. My three friends have shifted to Peshawar, Lahore and Rawalpindi with their families after this edict.

On my way from school to home I heard a man saying ‘I will kill you’. I hastened my pace and after a while I looked back if the man was still coming behind me. But to my utter relief he was talking on his mobile and must have been threatening someone else over the phone.”

Malala was writing abort the difficult situation of women, that she wants to study and she is deprived of this opportunity and that she stopped feeling safe in Swat. Her fears were well-grounded. International media publicised her protest against the principles imposed by the Taliban, she herself did not cease her activism, which made her a serious enemy for the extremists. They called her „a symbol of infidels and indecensy”, and she got sentenced to death for her activism.

On 9th October 2012, the Taliban stopped a school bus, which Malala was using on the way back home, they called her out and shot in the head.

The girl survived. She was transported for medical treatment to the UK, where she has stayed with her family until today. She also started there her further education and she still dedicates herself to activism in favour of the access to education – she opened her foundation, signed a contract for a book.

Valued and recognised around the world, Malala is a laureate of multiple prezes: she was nominated for the International Children’s Peace Prize by Desmond Tutu; in December 2011 she received a first National Peace Prize for Youth in Pakistan and the UN made 12th July Malala Day; TIME and Newsweek magazines unanimously acclaimed her to be one of the most influential people in the world just to name few. The girl is also the youngest person in the world to be nominated for the Nobel Peace Prize and became the face of the international campaign, as part of which women around the world take pictures of themselves with a sign “I stand with Malala”.

We take photographs in order to support the principles of Pakistani activist and to draw attention to the global problem which is the lack of access to education and sometimes very poor quality of schooling in the world. We believe that education can change the world, be an alternative and a solid foundation for a better future, and that our actions will sensitise people. We are aware that the issues we raise are neither easy nor pleasant, but more than speaking we are afraid of silence and ignorance. Malala Yousafzai said “I raise up my voice – not so that I can shout, but so that those without a voice can be heard.”

The campaign started in US and was launched by Lena Shareef and Olivia Curl, but then it inspired people around the world.