A S4C charity calendar in Barcelona: humor and laughters in Hospital

A team of photographers from Shoot 4 Change NGO reported a few months ago the work of the NGO Pallapupas, an organization of social performing arts that contributes to the humanization of hospital processes through humor and laughter.

The aim of the photographic project is to edit a charity calendar for 2016 including the photos showing the work of Pallapupas in hospitals. 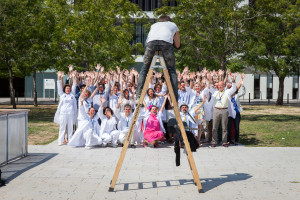 During the 8th, 9th and 10th of September, Shoot 4 Change team went with Pallapupas actors to their performances at different health areas of the Parc Tauli Hospital in Sabadell: they took photographs during a visit of a child in the pediatric floor, also during the Blood draws and finally during a magnetic resonance imaging.

In each case, “the seriousness of the white coats” disappeared to become laughter and smiles.

Photographers from Shoot 4 Change also reported the preparation process of a child before entering the operating room, a pioneering service in Catalunya started by Pallapupas which the NGO is also offering in other Catalan hospitals. In fact, in Parc Tauli Hospital, health staff have claimed this service for a long time.

Editing a charity calendar has two main objectives, getting funding for the performing arts NGO and also expanding to a second day a week the work of Pallapupas in Parc Taulí Hospital.

Shoot 4 Change, as in other campaigns, donates its time and work for the cause of an NGO, in this case for Pallapupas.

This Christmas the calendar is available on the charity online shop of Pallapupas (the website is www.pallapupas.org) and also in El Corte Inglés and Parc Tauli hospital in Sabadell.

What does NGO Pallapupas do?

Pallapupas is a non-profit care association, composed by professional actors and actresses. It works to breathe life into people who need it, through humor and social performing arts. The organization works with hospitalized children and their families, with old people and people with mental illnesses (hospitalized or not) to increase their physical and emotional aspect. In hospitals,

Pallapupas contributes to the humanization of the hospital processes and also to empower the hospitalized people (as subjects) beyond their diseases. 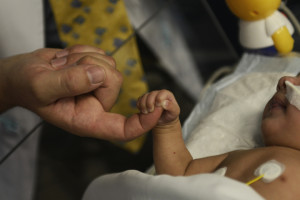 Today is a very solemn moment for the United States.

The Supreme Court expressly took away a Constitutional right from the American people that it had already recognized. They simply took it away. That's never been done to a right that is so important to so many Americans.

Reply on TwitterRetweet on Twitter29769Like on Twitter215918Twitter
Load More...
Back to Top